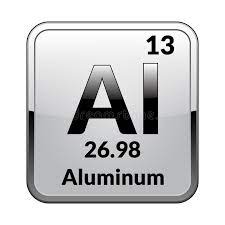 Aluminium is a white Silver metal , with abbreviational sign, means AL. and 660 celsius melting pointand 2300O C boiling point with a weight of 2/71 g/cm3 which in Comparison with other metals, is lighter.

Almost 7/5 percent of the Earth Crust is Consisted of aluminium Oxide which is most abundant Combination after Oxygen and Silica (Sio2). This elemeat  is not found freely in nature but in Combination with other elements Specially in Oxygen. Aluminium is one of the most Consuming metals after Steel and it’s production history is less than two centuryies. Which is younger metal than Copper and steel.

For the first time aluminium production in business Scale was done by saint Clare Doyle, as a precious and rare metal entered in the market. But independent discovery was done in U.S.A in 1886 by Hall and Herolt in France, which resulted in an industrial development for aluminium extraction with high purity by electrolyse method which is a base for industrial aluminium production.

In 1888 Bayer a famous German Scientist completed Hall and Herolt process and Caused a big evelution in aluminium industry due to the reducing of production Costs.