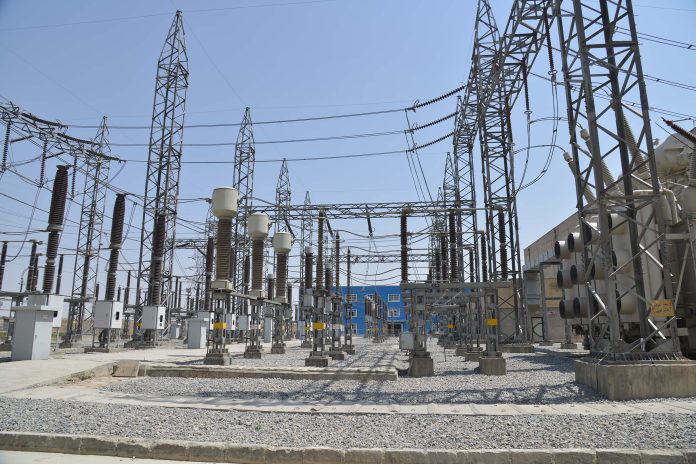 In many years, primary aluminium production has been performed by the Hall-Herolt electrolysis method in which rectified electrical energy is used in high current reduction cells (up to 500KA). A set of activities is required to supply the energy in two parts of electricity power distribution and rectifier. Since the interruption in the rectified energy supply can result in the solidification of electrolysis cells and the imposing of huge restarting costs to this industry, assuring of reliable power from at least two independent sources and ensuring the correct operation of the equipment and the prediction of the circuits and back up equipment is very important.  So this matter is outstandingly important, because the units of the electric power supply rectifier in primary Aluminium are similar to the back bone. Iralco enjoys from two independent sets of rectifier in the new and old production lines which feed from two 230KV as follows:

This post has three inputs and five outputs on five transformers 220/230KV each with a power of 125 mega volt amperes which totally the installed output power will be more than 625MVA and also in charge of supplying of energy consumption of rectifier installation in triple production lines, as well as the entire plant`s costs in the old section.

This section has 12 direct production groups; each group converts a voltage of 20KV alternative input by using of regulators transformers about rectified 800V by helping 25KA current, which each four groups are in charge of feeding of a production line with 70KA current.

The process of supplying power to the new workshops is that the 230KV power supplied by the two lines initially at 230KV post is sent to two transformer units of 230/132/6.6KV each, with a power supply of 240MVA, which is responsible for providing energy consumption of new line rectifier installation, as well as other existing consumptions in the new line.

The electricity required for reduction cells  is provided by four rectifier transformer and related installation with an output voltage of 132KW and a direct current of 200KA output and a 960 volts output voltage.

The main power distribution station of 6/6KV is located between two main transformers at 230KV in the power area. This power station supplies the required power for other 6/6KV downstream distribution stations, such as, (FTP) filtering system, compressed air production, 6/6 and 0/4 transformers (rectifier post, cast-house, anode rodding  workshop, anode rodding induction furnace, utilities and technical services, optimization and research), as well as the total consumptions required for the new line.